Illinois is known for having some of the strictest DUI laws in all of the country. Facing these charges can be a traumatic, overwhelming experience for anyone. While you may feel as though there is nothing you can do to fight these charges, it’s imperative that you understand your rights, and reach out to a skilled DUI defense attorney to help you through the process. A DUI conviction can change you life drastically; an aggressive criminal defense attorney can help.

If you are convicted of driving under the influence, you could potentially be facing steep fines, license suspension, or even jail time. Depending on many factors, punishments may vary in severity. Below is a list of possible penalties broken down by offence:

If this is your first time being convicted of a DUI, you could be facing up to $2,500 in fines, a license suspension of a year (minimum), and up to a year in jail.

Similarly to a first offence, being convicted of driving under the influence a second time means up to $2,500 in fines, and up to a year in prison. Unlike a first offence, your license will be suspended for a minimum of 5 years.

When convicted of a 3rd DUI, the penalties increase immensely. As with your first and second offence, fines can be up to $2,500, but your licence will be suspended for a minimum of 10 years, and jail time could be between 3 to 7 years.

Illinois also has an implied consent law. This law means that if your refuse to submit a chemical test, you will be subjected to a fine, as well as a license suspension. If you are facing your 1st, 2nd, 3rd, 4th or 5th, etc. offense, it’s in your best interest to reach out to an experienced Naperville DUI attorney as soon as possible. Facing a DUI offense on your own can be devastating and overwhelming. Having an aggressive DUI defense lawyer at your side will simplify the process, and ease you of any stress brought on by the proceedings.

Just because you are pulled over by a police officer does NOT mean that you should be convicted of a DUI. Often people feel helpless when stopped by a cop — you may feel like there is nothing you can do, but this is entirely untrue. DUI cases do not rest on hard science. If you are pulled over by an officer, the officer has to rely primarily on his or her “judgement”. There are many factors that may be overlooked by an officer that could prove your innocence. Some possible defenses are:

There are many reasons why you show signs of inebriation that may not be the result of drinking. It’s possible that you may be a bad driver, that you recently started taking a prescribed medication that results in similar symptoms, you may be fatigued, or you may allergies. There are plenty of ways your actions/appearance can be misinterpreted.

An officer MUST follow proper procedure when conducted the chemical test. If the officer does not follow the procedure as trained, then it’s possible that the results of the test weren’t accurate.

An officer MUST have a reason to stop you, detain you, or arrest you. This is called “probable cause.These reasons must be articulable, meaning that the officer must be able to his or her reasons of suspicion into words. If there is no clear reason for the stop, then your case will likely be dismissed.

Not Advised of Miranda Rights

An officer MUST advise you of your Miranda Rights if you are in custody. All officers know that this it’s unlawful to do so, and they may try to question you to gain incriminating information. If an officer does not read you your Miranda Rights, then everything you have said cannot be used against you in court, and will be excluded from evidence.

Victor Groszko, Attorney and Counselor at Law will review your case in all of it’s facets, and work to find the proper defense for you. Each case is different, and Naperville DUI Defense Attorney Victor Groszko approaches each one as so.

If you or a loved one are facing DUI charges, contact an experienced Naperville DUI attorney at your earliest convenience. Victor Groszko has helped many facing similar charges as you, and is very skilled at what he does. Contact him today for a free initial consultations to ensure your rights are protect. Call now: 630-256-8010 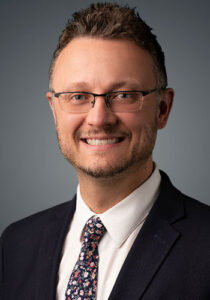